We woke up the next day in the town of Blackfoot and ventured north to Barney Hot Springs. Matt has brought several of our mutual friends to this spot in the past. Despite its remoteness, the drive is worthwhile because you can catch an interesting variety of tropical aquarium fish such as Mozambique tilapia, convict cichlid, zebra mbuna, and green swordtail. 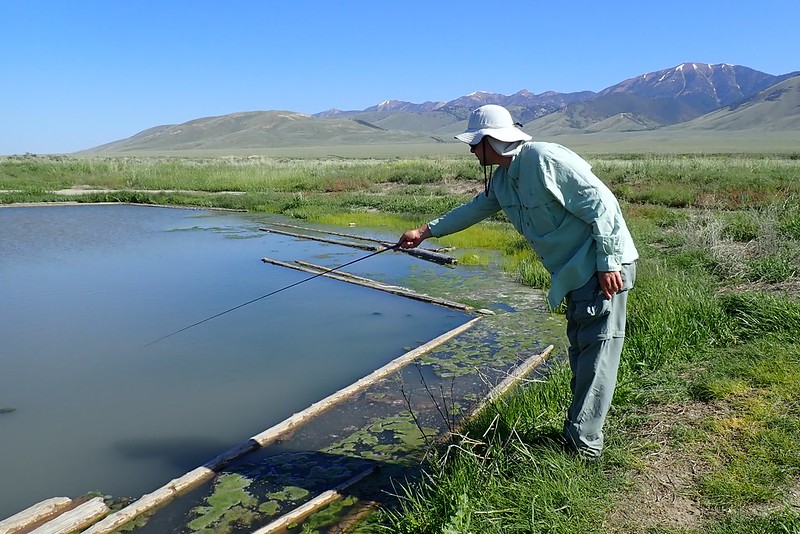 However, Matt was dismayed when we pulled up to the spring-fed pond and saw that it was murky brown and choked with algae. He said the water should be clear and blue, so something must be wrong. We walked around the pond trying to understand what had happened. There were a few signs of life, so we got out our microfishing gear to see if we could still catch something. 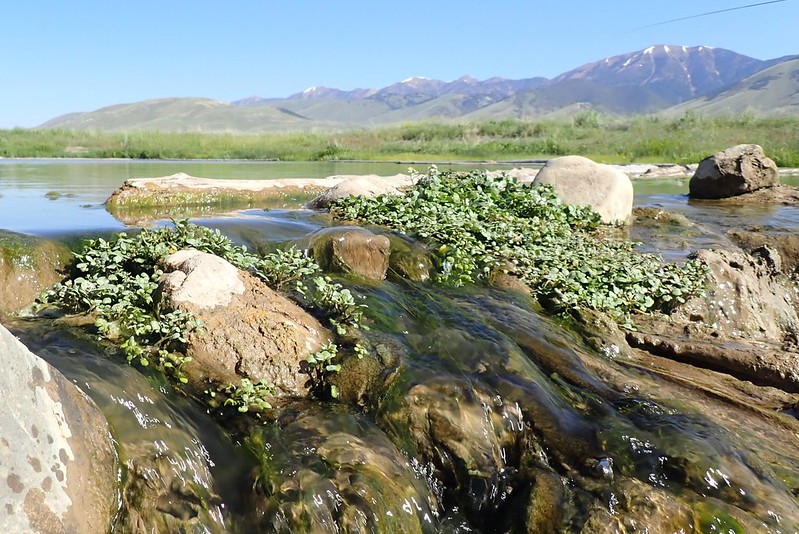 Eventually I pulled up a small goldfish. We were relieved that the pond wasn't completely dead. 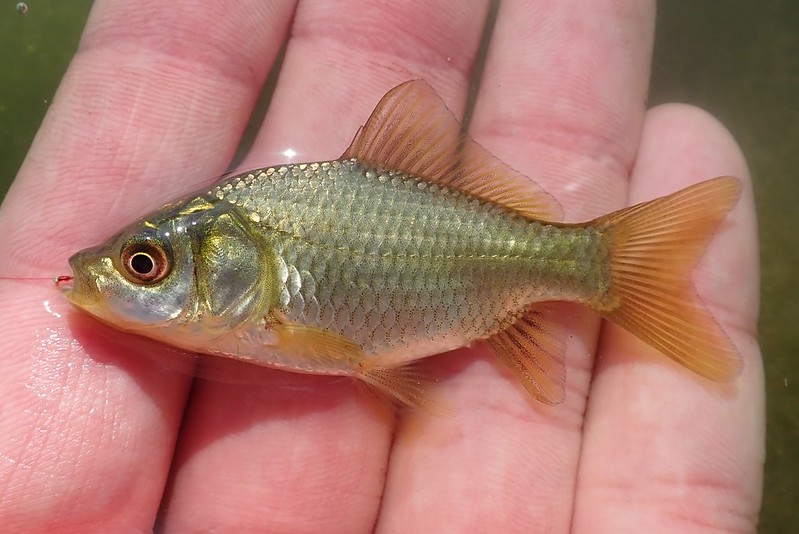 Matt and I quickly began to suspect that goldfish were the only species living in the pond. Most of them had reverted to their natural wild color, but a few still had yellow or orange. 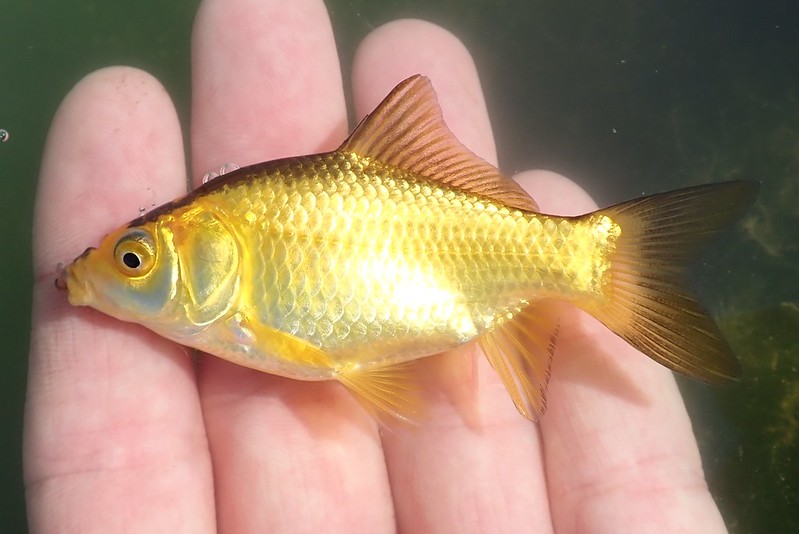 I had left one rod in a rod holder with a bait sitting in the center of the pond. It got one a hit, which turned out to be the biggest goldfish of the day. As we were packing up to leave, two graduate students showed up with sampling gear. They confirmed our fears - a flash flood during the previous winter had wiped out all of the warm-water tropical species. The goldfish were the only survivors. 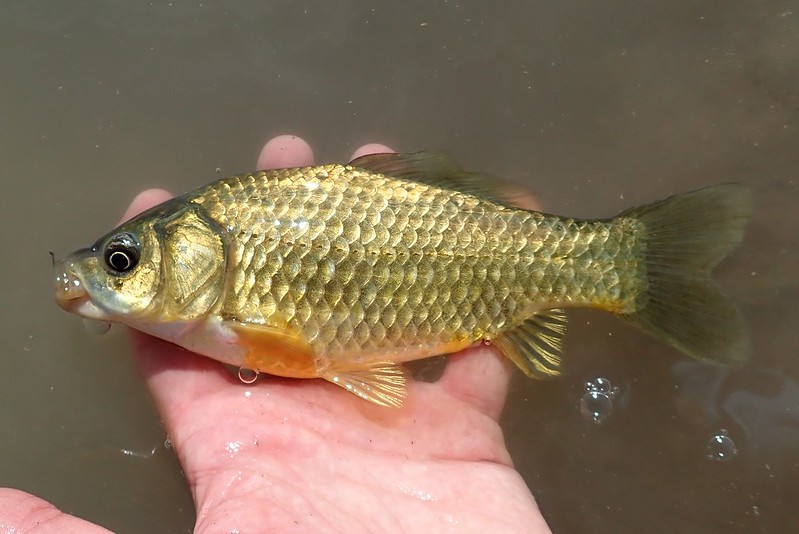 There was nothing we could do but continue on our journey. We headed west, discussing other fishing opportunities in Idaho such as grayling up in the mountains. The scenery was great, and there was lots of wildlife to stop and see such as this willet standing on a fence post. 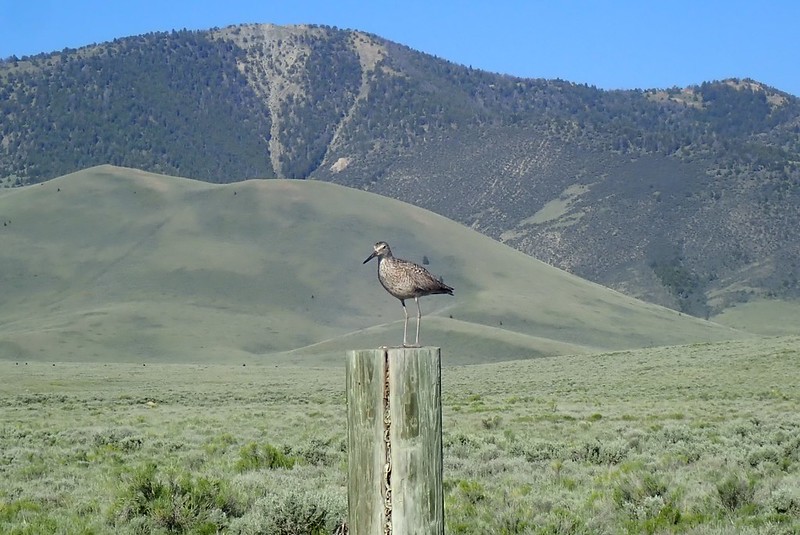 I was very excited to see my first pronghorn in the wild. We even saw a pair of adults with a group of young. My photos really don't do them justice. 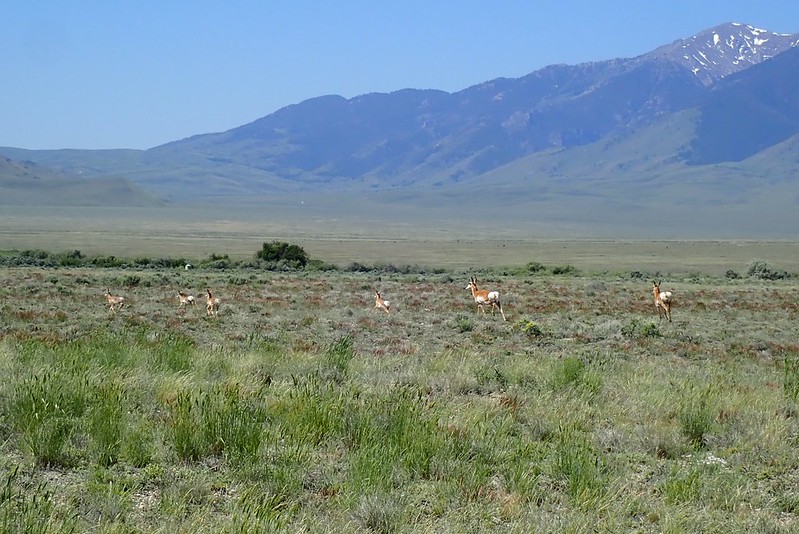 The drive west was long, so we broke it up by stopping briefly at the Craters of the Moon National Monument and Preserve. 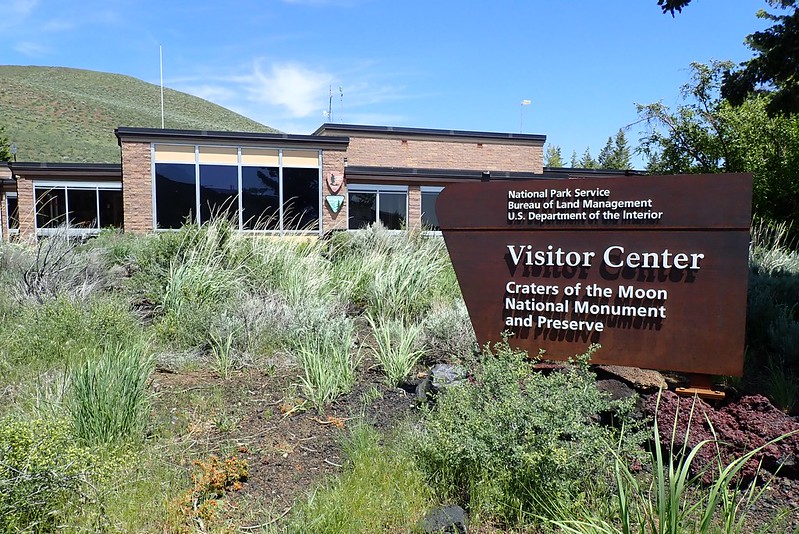 All around us was left over lava from a long extinct volcano. It was a really unique landscape. 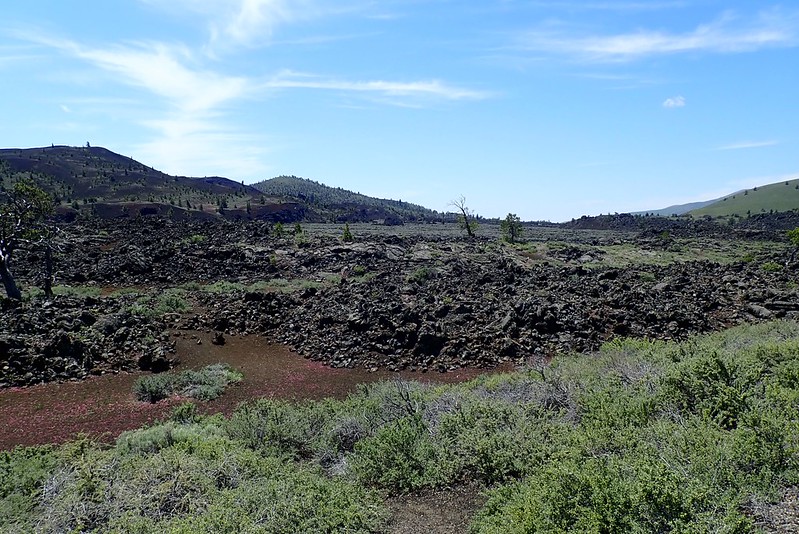 Finally we arrived at our destination, a small stream in the Big Wood River drainage. It flowed through land with public access which we were happy to take advantage of. 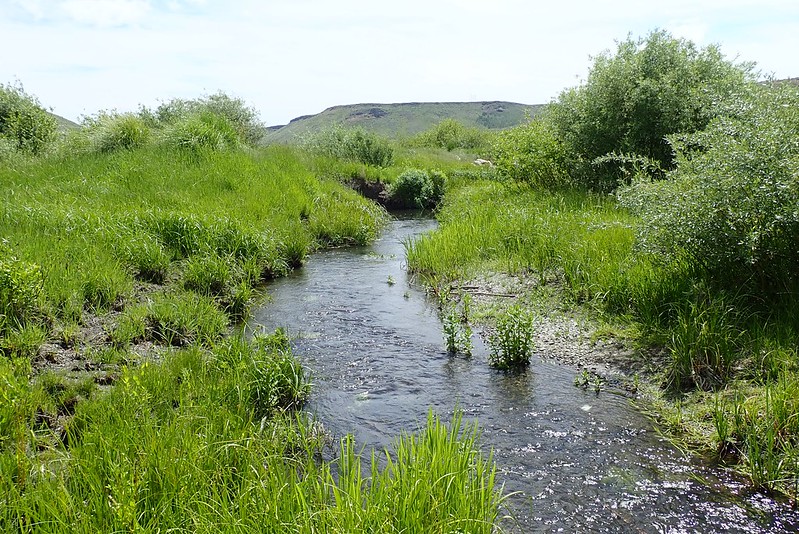 Our primary target for this stream was bridgelip sucker, but we had trouble finding them. There weren't many pools, and even fewer that seemed deep enough to hold suckers. To pass the time as we hunted, I microfished to see if I could find anything else new. The fish near the riffles seemed to all be speckled dace. 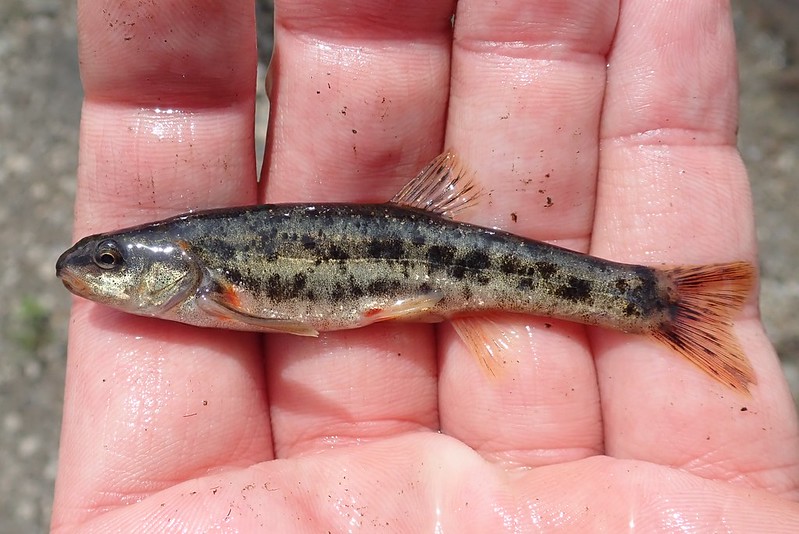 The dace were quite variable with their patterns, but I'm pretty sure they were all the same species. 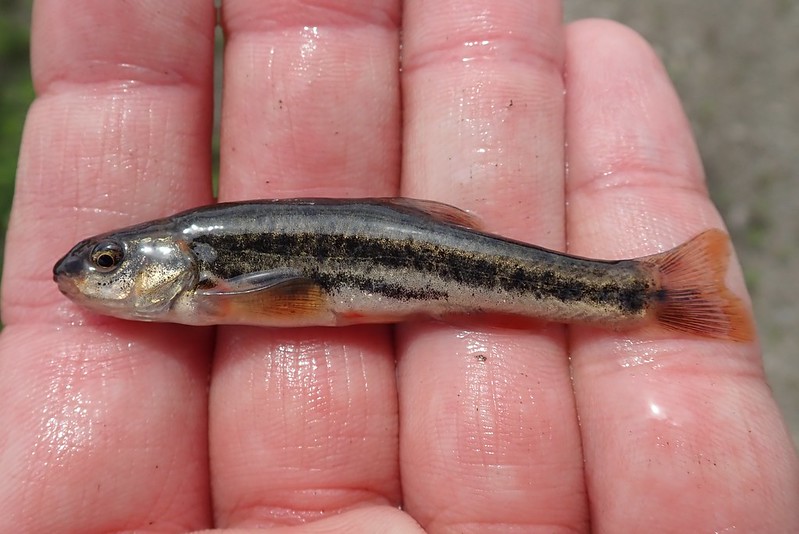 The deeper, slower pools had redside shiners in them, which were a new species for me. After a few drab colored ones I pulled up a beautifully colored male! 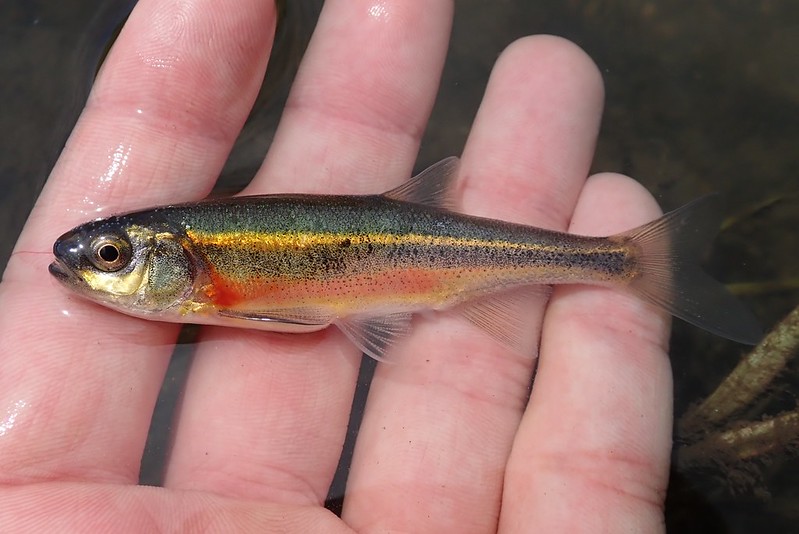 Here's one of the larger females I caught for comparison. 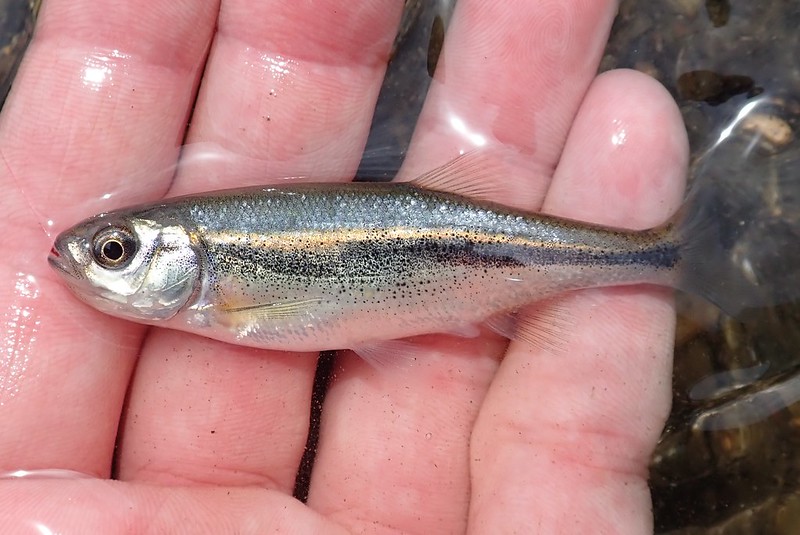 We moved further downstream hoping to find better sucker habitat, but it was more of the same. I did spot several Wood River sculpin, a protected species in Idaho. It was neat seeing them, but I resisted the urge to microfish one for my list. 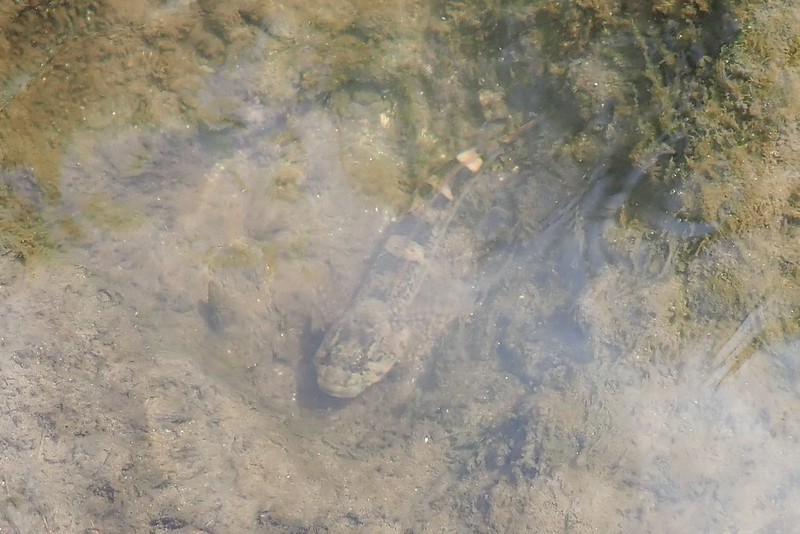 Our last spot for the day was the South Fork Boise River. It contains bull trout, which would be the catch of a lifetime, but we were mostly focused on mountain whitefish. 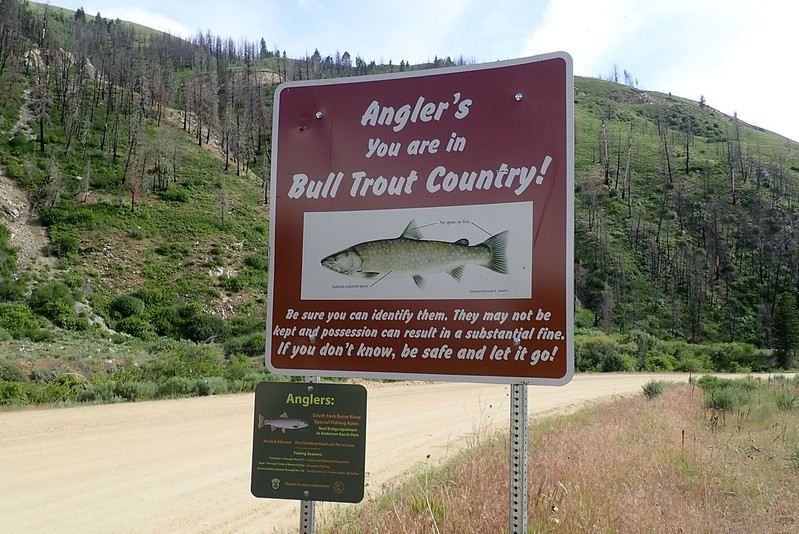 Unfortunately the water was high and made fishing difficult. Matt instructed me to fish a bead-head nymph under a float, so that's what I did. The current was so strong that you had to reel in and reset just a few seconds after each cast. 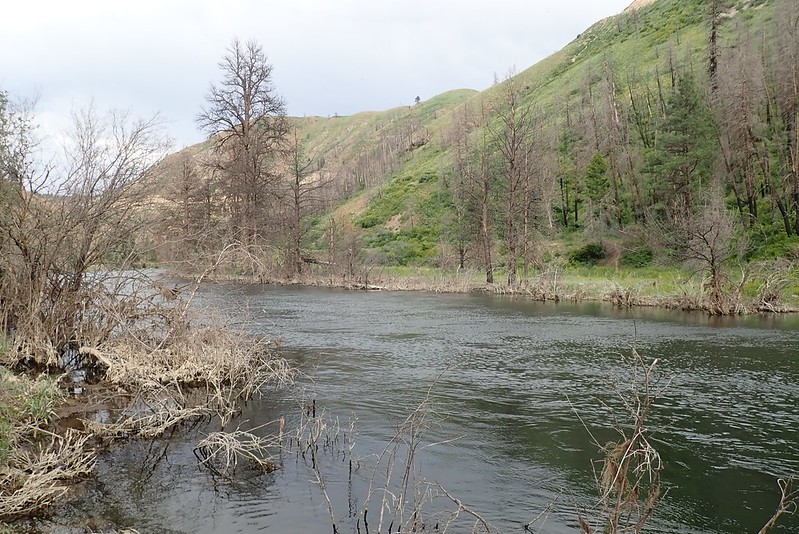 Further downstream I switched to a small Kastmaster with the barb crimped down. I caught one rainbow trout, and had a few follows from others, but no mountain whitefish. 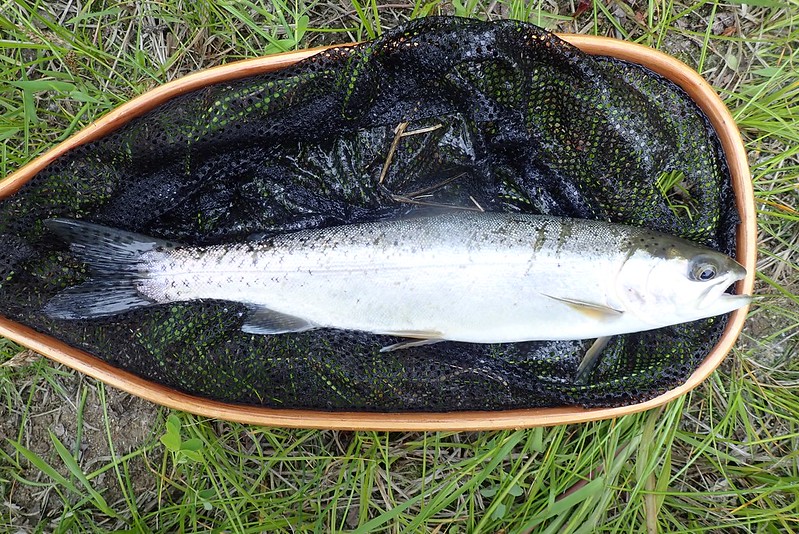 It was a tough day being in a new state and getting only one new species on the second day. However, I think Matt and I both learned a lot, and we have some ideas of what to do differently next time.
Posted by Ben at 8:00 AM